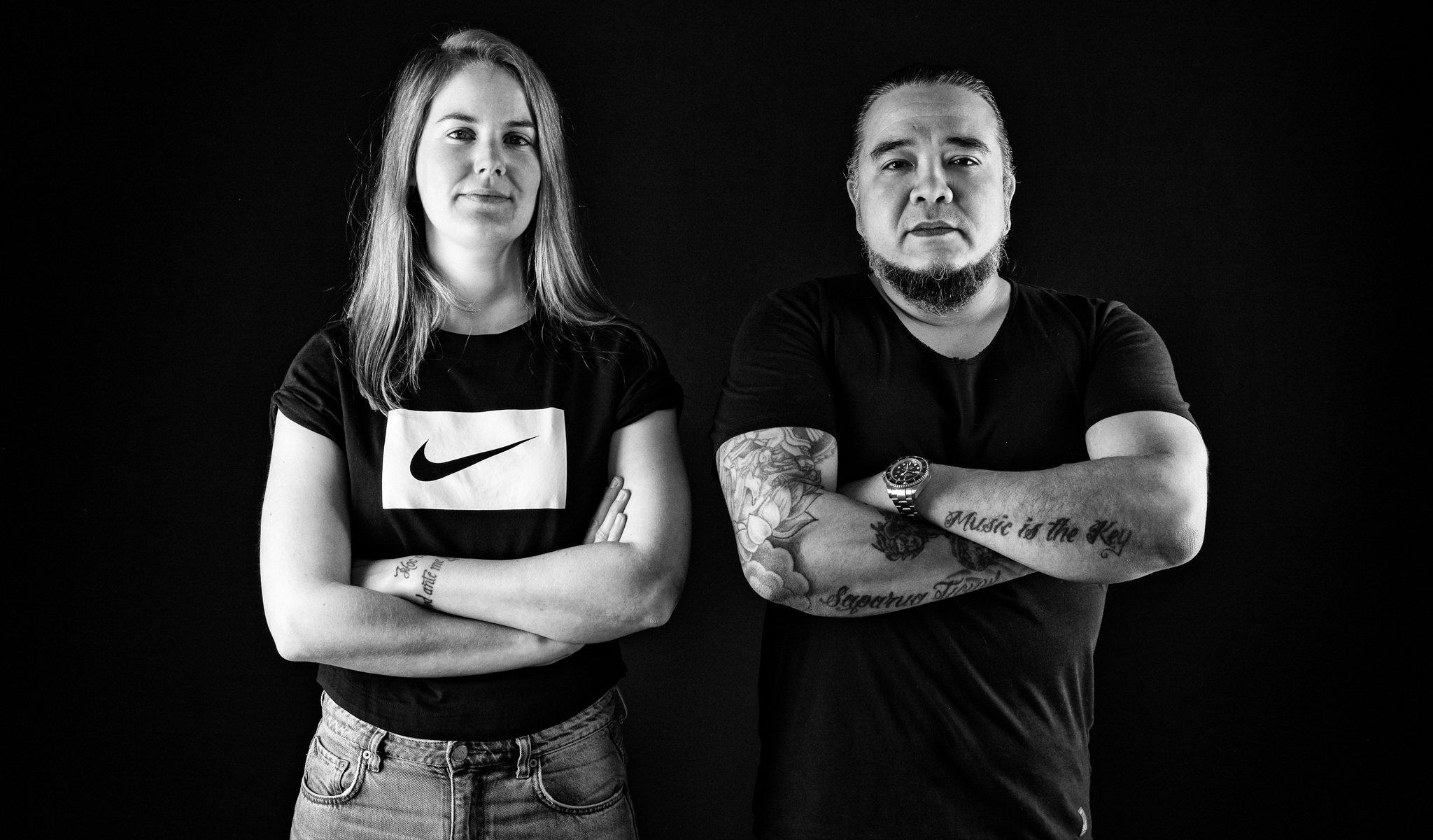 Loes van Rijsewijk (1990, Hengelo) is a Groningen-based university researcher who likes to spend excessive time listening to, searching for, playing, and dancing to music. My love for music started at young age, listening primarily to rock, metal, drum ’n bass, and dubstep. I got interested in techno from 2013 onwards, boosted by the rapidly developing scene in Groningen (e.g., Paradigm, Kopjek). I fell in love with the sound of techno after visiting a Chris Liebing gig in club Stereo, Montréal, during a traineeship in Canada. Coming home, I signed up for a DJ’ing crash course where I learned to handle CDJ’s. I won the DJ contest of the course and got to play at Subsonic (Groningen) as a reward. I started to get a hang of it, so I bought my own Traktor S4 in 2015. I heavily expanded my music library and developed my own taste in techno music: Sometimes loud, sometimes spacy, sometimes weird, sometimes a combination of all – as long as it sounds dark. I uploaded some sets recorded in the damp basement of a student arts center, and together with having the right contacts in Hengelo, this resulted in a very rewarding gig for Twidl (Innocent, Hengelo) and an invitation to join forces. Looking forward to learn and play more!

Thorin van Gelden aka Thorin was born (1977, Goirle) in The Netherlands, with Moluccan roots, in a small village close to Tilburg called Goirle. He became involved with electronic music at a young age and grew up with progressive rock and music from bands like Deep Purple, Gong and Yes. His interest in EDM began in the 90′s and was inspired by many DJ’s. In 1992 he started to DJ himself and spent hours and hours seeking exclusive records in the stores of those days. Since then he has performed at a lot of parties across Europe including TWIDL, the Zoo Almelo, Hobnob 2008, NYE Zoo Groningen, DJ Hyydro Birthday Bash Germany, Sundance 2004 Norway,…Inspired by artists like Sander Kleinenberg, Hernan Cattaneo, John Digweed, Paul Oakenfold, Harry Lemon 8 and Rick Pier Oneil (RPO), Thorin started to produce music in 2003. In 2006 he got his first release on Reticent Recordings, a digital label from the United States. With a remix for his buddy Carl Anderson aka Lost Edit on his track “Fresh Start” he had the chance to release music on Bonzai through its Green Martian imprint. From here Thorin released his first full track entitled “Pure Tribal” on Nemesis which boasted a raft of top quality remixes. He was then commissioned to do remixes for producers all over the world across many different labels under the Bonzai umbrella, like Tiësto, Airwave, Rick Pier O’Neil aka RPO, Manu Riga, Mindgamers, dPen, Verche, 21street, Stiven Rivic, Michael & Levan and many more.

In 2019 Thorin and Loes combined forces and play with SKERP the harder and dark style of techno.